While teaching web application security and penetration testing, one of the most prevalent questions from the audience at the end of every week is: "How and where can I (legally) put in practice all the knowledge and test all the different tools we have covered during the training (while preparing for the next real-world engagement)?" Along the years I have been providing multiple references to the attendees (including the option of testing real-world vulnerable open-source web applications) and mentioned several times that I had a pending blog post listing all them together... Today is the day! ;)... and I will be able to refer people here in future training sessions.

This blog post provides an extensive and updated list (as of October 20, 2011) of vulnerable web applications you can test your web hacking knowledge, pen-testing tools, skills, and kung-fu on, with an added bonus... without going to jail :) The vulnerable web applications have been classified in three categories: offline, VMs/ISOs, and online. Each list has been ordered alphabetically. 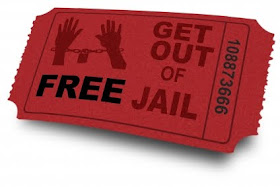 Online/Live: The following list references online and live vulnerable web applications available on the Internet to play with.
For completeness, there have been some other similar lists published in the past that I'm aware of, and also some "in-the-cloud" commercial training lab options are getting popular (let's call them "pay-per-hack" :-). Enjoy all these different web vulnerable environments and sharp your web app pen-testing skills and tools practicing with them!